"Australia's Children: The Lucky Country?" and the Cheltenham Literature Festival

Last Friday afternoon I attended a talk at the Cheltenham Literature Festival, the only talk I could manage to fit in this year, unfortunately. 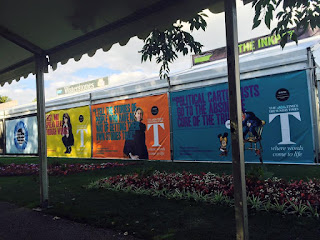 The talk on "Australia's Children: The Lucky Country?" featured Margaret Humphreys, Australian author Christos Tsiolkas, and Geoffrey Robinson.  Margaret Humphreys is the British social worker who began the investigation into Britain's deportation of children to Australia. She wrote the book Empty Cradles about the Child Migrants' Trust which she established following her investigations in order to help the victims affected by this scheme.  The child deportation policy ran from the 1930s to the late 1960s - read Veronica Lee's article "Britain's Child Migrants" in The Guardian (2 April 2011) for further context.  Humphreys  was very interesting, and I felt she should actually have been given her own event discussing her book and work, in order to give it the emphasis it deserved.

The 2011 film "Oranges and Sunshine", starring Emily Watson and Hugo Dearing, explored Humphrey's work and engendered further awareness of the plight of the children who had been subjected to the deportation scheme and the instrumental role played by Humphreys in helping to draw the nation's attention to one of the dark chapters in its history. 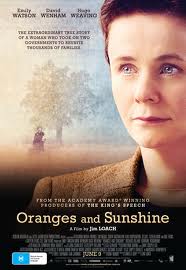 Geoffrey Robinson is a human rights lawyer and academic, author of a number of books who has led many landmark legal cases, and he contributed interesting political and legal perspectives to the discussions at the event. Christos Tsiolkas is a brilliant Australian author who, apart from The Slap, probably his best-known novel, has published a number of novels and also plays (and this event was a reminder to me to explore that part of his oeuvre further). Tsiolkas was a Guest Director of the Cheltenham Literature Festival, and undoubtedly his presence was a contributing factor in the inclusion of several insightful events on Australian literature and culture.

Australian literature also happens to be one of my long-standing scholarly and personal interests.  I have published a chapter on the literary representations of child migrants by Kirsty Murray, a wonderful Australian author for children and YA. 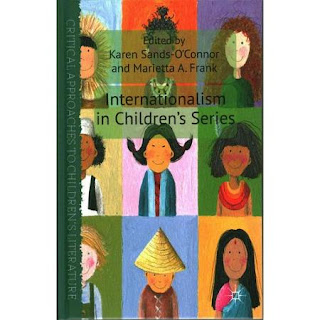 I also published an article back in 2010 on Doris Pilkington's examination in Rabbit-Proof Fence of the plight of the Stolen Generations of aboriginal children forcibly removed from their parents. 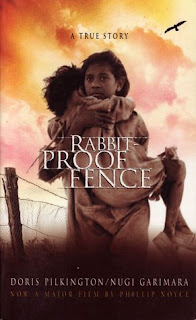 Both of the publications I wrote mean so much to me personally, and the research I undertook as part of the process of writing them fascinated, infuriated, exasperated and moved me.  Murray's and Pilkington's works taught me invaluable things, and I am pleased to have also used their books in teaching contexts, and to have shared these works with students learning about postcolonial and Australian literature. 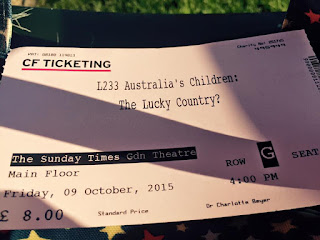 I came away from the Literature festival session on "Australia's Children: The Lucky Country?" with many ideas and thoughts whirling around in my mind, and a determination to research and write on these subjects further.  Meanwhile, I am going to check out some more of  Christos Tsiolkas' works.
Posted by Dr Charlotte Beyer at 11.10.15